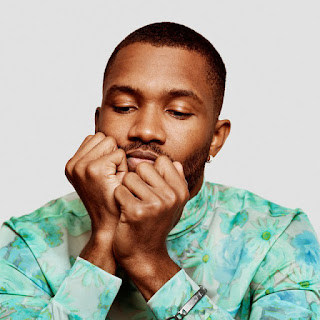 Fragmento que me estimula a parafrasear a Frank:

VEGYN: With that in mind, do you think there's any misconceptions people might have about you that you're trying to confront?

OCEAN: I feel like between the numbers of zero to ten, in between every number there's infinity, you know? I would describe a person as the space between the symbols, beyond the language. That dissonance—the word being a big container for what I was feeling…the way I was seen was not even close to correct. It's still not correct, either.

With some pop stars, the idea of them is maybe more balanced or fully formed: a half-dozen magazine covers, x amount of interviews, a daily influx of media. There's a way you wanna be in the visual press, although you could potentially be misrepresented; when you're completely minimal with media, there's a lot of pressure on whatever one thing you're doing, the stakes are higher. Social media helps that, 'cause you're fully in control and can message that how you want.


This new iteration of GQ might not be for everyone. But especially in this niche-driven era, if you try to be everything to everyone, you end up not being much of anything to anyone. So we're making GQ less a big tent and more the only place to go when you want a rich, intelligent, and transportive plunge into all the stylishness the world has to offer. Times have changed, but isn't that what GQ has always been about? I think so. Let's dive in.


Links: Frank Ocean on Making His Instagram Public, His Skin-Care Routine, and Moving to NYC | GQ || Welcome to a Whole New Era of GQ | GQ

Pero al no entender algo, somos más vulnerables en Internet:
This means the very people who struggle the most with digital information and technology risk being left to fend for themselves in an environment where they’re being targeted and exploited precisely because of their vulnerabilities.
What An Aging Population Means For The Future Of The Internet
Más datos de esta entrada »

Whether MYSPACE lost as many as 50 million user-uploaded songs through its own incompetence or simply dumped them, as more than a few internet pundits believe, is somewhat beside the point. Whether you were aware, until a day or two ago, that MySpace still existed is similarly unimportant. Let's put notions of quality aside as well. Maybe a few of those 50 million songs were as good as the 10,000th-best song currently residing on SOUNDCLOUD and maybe they weren't, but that's not for me, you or MySpace to decide. What matters today is that as many as 50 million songs are gone and that a website that, for better or worse, still wants you to share and entrust your memories with it is responsible for losing them. And having apparently had as long as a year to think of a way to explain itself, the site had exactly this to say: "We apologize for the inconvenience and suggest that you retain your backup copies.” Seriously. A corporate com…
Más datos de esta entrada »